Beemo is Finn and Jake’s video game system, though in “Slow Love” Jake calls him a computer. Beemo seems to have an endless variety of games, a music player, a camera, and a volume control. Beemo is sometimes called BMO.

Beemo makes a cameo appearance in the title sequence, sitting on a chest of drawers when Finn and Jake high five each other.

Beemo appears in “Evicted!” in the house hunting song. Beemo appears in the part when it says: “Oh, Marceline! Can’t you see these guys are in pain?” and an answer with “No I can’t, I’m interested in this very cute video game!” Beemo is seen again in “Business Time” when Finn and Jake are playing a video game on it (Beemo is unknown to be a boy or a girl). In “The Witch’s Garden” Beemo is being played while Finn and Jake are talking about magical powers. In “Rainy Day Daydream” Beemo shows Finn and Jake a boring new game: Conversation Parade. In “Slow Love” Beemo is shown at the very beginning of the episode playing the music too loud. Jake tells Beemo to turn it down but Beemo just turns it up. Jake hits BMO with a newspaper and tells it to sit in the corner, but a moment later Snorlock attacks through the wall. BMO is also seen later in the episode, playing music for the new couple. In “Power Animal” Beemo plays music for Jake but this distracts him from saving Finn. They eat lunch together, and BMO is later seen fixing the well leading to the evil gnomes, but a party-driven Jake bursts through it. In “Guardians of Sunshine” BMO lets Finn and Jake into its game but Bouncy Bee, Sleepy Sam and Hunny Bunny attack them. In “Video Makers” Beemo becomes Finn and Jake’s cameraman, taking videos at first of really random stuff, and later action adventure/romantic comedies but BMO makes a best friend video telling Finn and Jake that their friendship is at risk. BMO is seen earlier in the episode being served hot cocoa. In “Conquest of Cuteness” BMO attempts to take a picture of the Cute King and in “Too Young” BMO asks Finn about his date with PB. An angry BMO is seen in “What was missing” when he has his controller stolen by the Door Lord and in “Adventure Time with Fiona and Cake” BMO is seen, but without an impact of whether it is a boy or girl, supporting the fact that it is genderless. In “The Creeps” his secret name was Professor Pants. 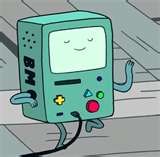 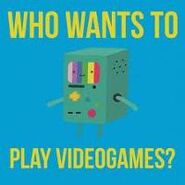 Add a photo to this gallery

Retrieved from "https://adventuretimewithfinn.fandom.com/wiki/Beemo?oldid=4581"
Community content is available under CC-BY-SA unless otherwise noted.